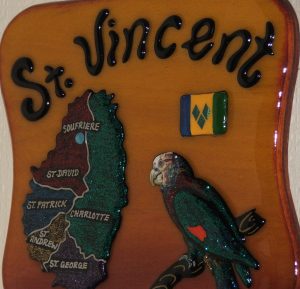 In fact to travel to the Caribbean during these months will add a whopping £340. This amount   and more accounts for the Tax for your flight.  On top of that on your outward Journey from the Caribbean back to the country you travelled from.  You will charge an additional cost termed as ‘airport tax’.   This charge will vary from island to island.  What a rip off you might say.   In our opinion you would be right.  Firstly why is the tax to travel to the Caribbean at least half the cost of the actual fight, and why, oh why do we have to pay another tax charge just for entering the airport.   I have not ever being charged this when travelling to Europe, so why this charge by the Caribbean airports?

April, August and December are termed ‘peak seasons’ by the travel industries.   This phase reminds me of when you hear the media talking about hunting season.  The time selected few hunt animals as a sport,( a barbaric activity in my opinion).  In the travel industry high season ought to be renamed as hunting season.  It is as if travellers are being hunted for the money that they can and do bring.

Can anyone out there answer this question?  Why the Caribbean airports charge –‘airport taxes’?  To be honest, I don’t want to be paying such high tax to travel to the Caribbean, nor do I want to pay more tax for visiting the airport.

It can be off putting paying such high fares, half of which is tax to travel to the Caribbean.   But we humans like to travel, and travel we will.  The tour operators, travel agents and government know this.  This is why the travel industry as grown from strength to strength.  It doesn’t look as if it will slow down anytime soon.

As we see, generations after generations, seeking to travel the world to, hot and sunny places like Africa and the Caribbean.  Countries, are willing and waiting with open arms to welcome the seasoned traveller and tourist to their sunny shores.

Opportunities and jobs are being created all the time for the lucrative tourist/traveller industry.   For example the plaque shown here from St. Vincent and the Grenadines is a prime example of the kind of industries that are being created daily.

Leave A Reply
Cancel Reply
Stay With Us